The Joker for Waterford 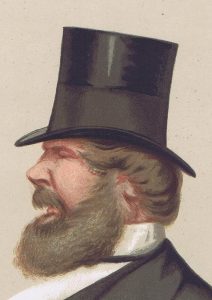 Original Lithograph of Major  with the caption at the bottom of the print: The Joker for Waterford

He was an Irish Nationalist politician and Member of Parliament in the House of Commons of the United Kingdom, elected as a member of the Home Rule League to represent Waterford City. He was elected only once, in the United Kingdom general election, 1874, and served until 1880. He was commissioned as a Second Lieutenant into the Ceylon Rifle Regiment. On 9 December 1845 he transferred to the 90th Foot (Perthshire Volunteers) as a Lieutenant and was promoted Captain on 2 April 1852. He served in the Crimean War from 1854 to 1855, and on 17 August 1855 sold his commission