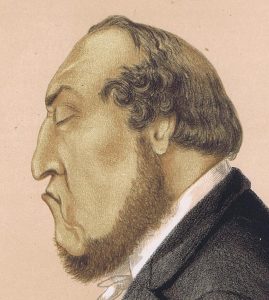 Original Lithograph with the caption at the bottom of the print: Orchestration

In 1855 Costa wrote the oratorio Eli, and in 1864 Naaman, both for Birmingham. Rossini’s comment on the former was: “The good Costa has sent me an oratorio score and a Stilton cheese. The cheese was very good.” An aria from Eli, “I will extol thee”, was recorded in 1910 by the great British dramatic soprano Agnes Nicholls (1876–1959).