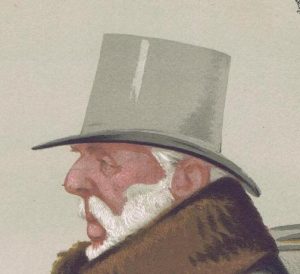 Original Lithograph The Marquis Of Tweeddale with the caption at the bottom of the print: A Peninsular Veteran

He was a Scottish soldier and administrator. He served as a staff officer in the Peninsular War under Arthur Wellesley, Duke of Wellington, and was with Wellesley at the Second Battle of Porto when they crossed the Douro river and routed Marshal Soult’s French troops in Porto. Hay also saw action at the Battle of Bussaco and at the Battle of Vitoria. He later served in the War of 1812 and commanded the 100th Regiment of Foot at the Battle of Chippawa when he was taken prisoner of war. He went on to become Governor of Madras and, at the same time, Commander-in-Chief of the Madras Army, in which role he restored the discipline of the army, which had been allowed to fall into a relaxed state.