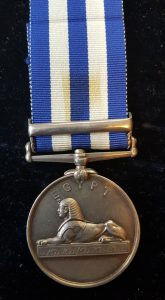 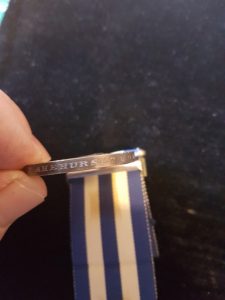 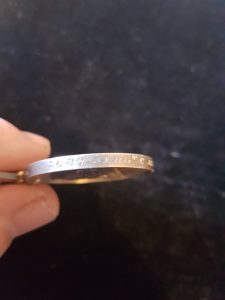 This medal and clasp are confirmed on the medal roll.

It is believed that Sergeant Akehurst later joined the Devonshire Regiment as 3109.

3109 Charles Akehurst of Brighton Sussex joined the 4th Battalion Devonshire Regiment on the 15th June 1895. On Charles’ attestation papers here it states that he saw previous service of over 12 years with the K.O.S.B. though it does not confirm his number.

Charles was a cabinet maker who born in Brighton then moved to Devon via Liverpool.