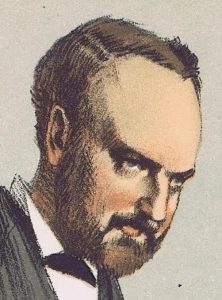 Original Lithograph with the caption at the bottom of the print: A Far Advanced Radical

His liberal political views and literary interests brought him into contact with Leigh Hunt, the editor of The Examiner. He had in 1814-16 made a continuation of Robert Dodsley’s Collection of English Plays, and in 1829 he became part proprietor and editor of Athenaeum magazine, the influence of which he greatly extended. In 1846 he resigned the editorship, and assumed that of the Daily News, but contributed to Athenaeum papers on Alexander Pope, Edmund Burke, Junius, and others. His grandson, Sir Charles Dilke, published these writings in 1875 under the title, Papers of a Critic.