Famed for his leading comedic roles in Game of Speculation, My Awful Dad, Cool as a Cucumber, Patter versus Clatter, and Little Toddlekins 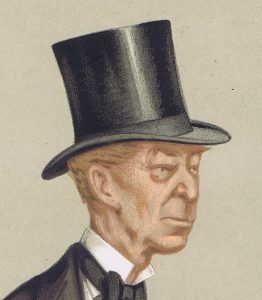 Original Lithograph of the Actor with the caption at the bottom of the print: Our Only Comedian

He was a British actor. He was one of the few British actors to be successful in French-speaking roles in France. A son of the actor Charles Mathews, he achieved a greater reputation than his father in the same profession and also excelled at light comedy. He toured three times in the United States, and met and married his second wife there. Mathews started managing the Olympic Theatre soon after his marriage to Mme Vestris, but did not succeed financially. Despite introducing innovations of more realistic and detailed scenery, his following management of the Theatre Royal, Covent Garden, and the Lyceum Theatre also had limited financial return. They did have quite a success with their production of the Victorian farce London Assurance (1841), commissioned for their company and written by Dion Boucicault. This was Boucicault’s first major success. As an actor in England, Mathews held an unrivalled place in his unique vein of light eccentric comedy. He had an easy grace combined with “imperturbable solemnity”, a combination which amused people; his humour was never broad, but always measured and restrained. It was as the leading character in such plays as the Game of Speculation, My Awful Dad, Cool as a Cucumber, Patter versus Clatter, and Little Toddlekins, that he especially excelled.

Mathews also used his time in the U.S. to collect impressions of American types and dialects, resulting in A Trip to America, a one-man stage review in which Mathews performed mimicries in character, including some in blackface.