Ensign of the 71st (Highland) Regiment of Foot 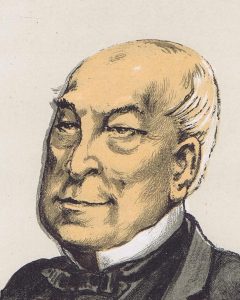 He was the eldest son of London Sephardic Spanish and Portuguese Jewish Parliamentarian Ralph Bernal, himself an MP, who died in 1854, and wife Ann Elizabeth (née White). The younger Bernal entered the military in 1831, as an Ensign of the 71st (Highland) Regiment of Foot. He later served with the 7th (Royal Fusiliers) Regiment of Foot, and finally left the army in 1844 with the rank of Captain. He had already been elected to Parliament in 1841 as a member for Chipping Wycombe, in the Liberal interest, and later sat for Middlesex (1847–57), Dover (1857–59), Liskeard (1859–65), Nottingham (1866–68), and Waterford City (1870–74). In the Railway Times of 21 June 1845 he is the first person listed in the provisional committee for the Leicester, Ashby-de-la-Zouch, Burton-upon-Trent and Stafford Junction Railway: Ralph R. Bernal Osborne, MP for Wycombe, address: Albemarle Street. The railway was never built. Beside being a Parliamentarian, he was also Secretary of the Admiralty. When he died, his house at Newtown Anner, Clonmel, County Tipperary, Munster, Ireland, was surrounded by more than 13,000 acres (53 km2) of land.

Original Lithograph with the caption at the bottom of the print: The Smart Critic,