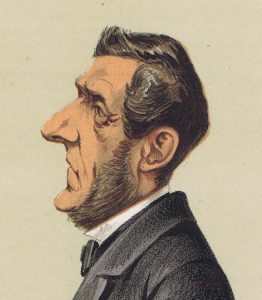 Original Lithograph of 7th The Earl Of Shaftesbury with the caption at the bottom of the print: He Is Not As Other Men are, for he is never influenced by party motives.