This superb medal group is to a Regimental Sergeant Major of No 2 Company, Canadian Provost Corps.

In October 1944, in the Belgian War Theatre, Arnold “Mannie” Manveiler uncovered a Spy network that involved carrier pigeons and the resulting operation revealed circa 20 spies operating behind the Allied lines in the Antwerp area. After his suspicions had been raised in a café he had watched the comings and goings of locals and staff and the exchange of baskets containing pigeons.

Towards the end of October 1944, west of Rilland,  Sgt Manveiler was involved in smothering a faulty flare that had been dropped during an attack by a twin engined aircraft. Manveiler had nearly run into the falling flare and extinguished the resultant “burning mass” with the assistance of other men and dealt with that flare. It is reported that the flare was dropped possibly by a Mosquito that had been circling. It had dropped the flare after destroying a machine gun post that had mistakenly opened fire on the aircraft. As well as the flare, the Mosquito strafed and bombed positions of No 2 Company and 52 Lowland Division. It could be here that Manveiler earned his decoration. The incident cost the lives of numerous men.

These incidents are both reported in The Special Feature section of The Thunderbird Journal 1986. This article, published in 2 parts, was written by Superintendent H. C. Forbes. The article in this highly informative publication is titled:

The No. 2 Company Canadian Provost Corps in England and France 1942-45

Manveiler was promoted to Regimental Sergeant Major after the section lost R.S.M. George Oakes who had been badly injured by a mine at Shipbeck Canal, after their involvement at Twente Canal, on the 7th July 1945.

(a copy of the articles is with the research.)

His British Empire Medal was announced in the London Gazette 24th January 1946 (pp 634). His entry is as follows:

Arnold Manveiler was born in Riga, Latvia, 1921. He had a sister Helga and brothers Ernest and Walter (twins born 1918 in Riga).

He is recorded as departing from Southampton, England aged 8 years old in 1929 bound for Quebec, Canada. His service in the Canadian Armed Forces began 1941 with, it is believed, service in the Artillery.

He died in July 1987 and is buried in Winnipeg, Manitoba, Canada.

As a young Provost he had been stationed in the South of England and at Bognor Regis, West Sussex, September 1942 he represented the Canadian Provost Corps against the American Air Service in a baseball match at Bognor Football Ground. This is reported in the Bognor Regis Observer Saturday 12th September 1942.

Post World War 2 he set up ARNOLD’S DETECTIVE AGENCY in Winnipeg. His agency was involved in a serious undercover case investigating negative Union activities at the Brown Steel Tank Company This was reported in The Brandon Sun September 23rd 1964 and again in further issues. He ran the Agency for 31 years and there are numerous references to him in the Canadian press.

A book titled “If It Weren’t for Sex… I’d Have to Get a Job” May 1, 1990 – translated, by Michel Saint-Germain as Flagrant Delice. 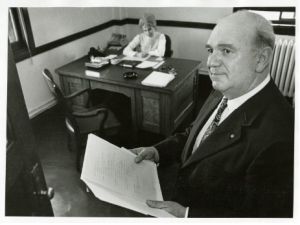 IMPORTANT CONDITION INFORMATION – For a man serving in the Provost Corps whose motto was: DISCIPLINE BY EXAMPLE this very fine medal group is court mounted and has been plated, lacquered, polished to a high level as befitted his Regimental Sergeant Major rank. The naming on the BEM is correct.  It is not uncommon to see BEMs to be without the unit so this is consistent. It is extremely common for a WWII-era Canadian grouping to have been heavily plated.  It was a common practice in the 70’s and 80’s in Canada.  Assuming the recipient was still alive and wearing his medals, it is highly likely that he had them plated and mounted n.b.  Arnold Manveiler died 1987.

Free postage to Mainland UK. Overseas buyers are requested to contact us prior to ordering to agree shipping terms. Payment will be by Cheque or BACS only – Paypal will not be accepted.