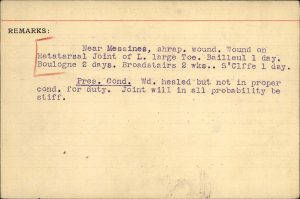 The 9th Lancers saw extensive action throughout the Anglo-Boer War and the QSA Medal roll for the 9th Lancers confirm the medal and clasps to William Griffin. 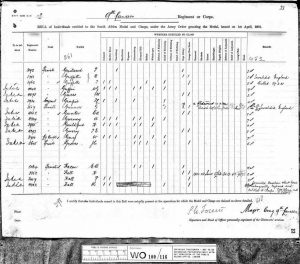 William George Griffin was an 18 year old, born in Rowsham, Aylesbury, Bucks, when he attested into the Corps of Lancers of the Line in October 1897. He served a total of 12 year, discharged on termination of 1st period 20th October 1919. In addition to two and a half years in the Cape he also served three and a half years in India.

He had originally joined the Kent Artillery and his papers confirm him joining the Lancers on the 21st October 1897,

Griffin emigrated to Canada in 1907. Having settled he enlisted into the 4th Canadian Mounted Rifles, Canadian Expeditionary Force, in Toronto on 22nd November 1914. Promoted to Sergeant 24th July 1915 he arrived in France 24th October 1915. He was wounded by shrapnel near Messines 22nd November 1915. Following prolonged complications he was discharged medically unfit 28th May 1918. 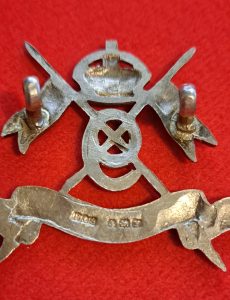 Highly evocative film footage of English Lancers charging at Modder River can be found at the Library of Congress follow this link – https://www.loc.gov/item/00694195/