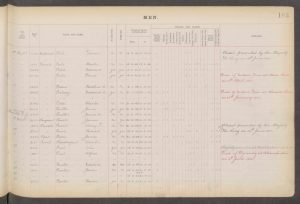 Patrick Power was born in Beith, Ayrshire. He was 21 years old when he attested into the Scots Guards at Hamilton in 1891. He served a total 12 years during which he served a total of 2 years and 143 days. Medal rolls confirm medals and clasps.

His papers also reveal that medals were presented by His Majesty the King 12th June 1901.