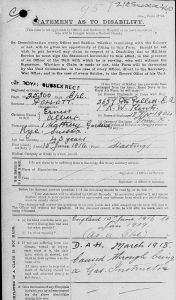 INDIA MEDAL 1896 with Punjab Frontier 1897-98 clasp named to: 3637 Pte. E. Pellat. 1st Bn. Ryl. W. Kent. Regt. Ernest Albert Pellett was born in Angmering, West Sussex and was 18 years old when he attested into the Royal West Kent Regiment 1892. The bulk of his first period of service was 8 years in India during which he was awarded this India Medal with Punjab Frontier clasp which is confirmed on his paper. The medal roll of the 1st Battalion R.W.K. confirms this award.

During the Great War served as 25300 Cpl Ernest Albert Pellett, Royal Sussex Regiment. He was living in Rye, East Sussex when he re-enlisted, aged 43 years, in June 1916.