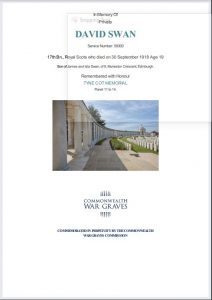 Two pairs of Great War medals to brothers from Edinburgh.

With the Great War medal pair to J S Swan, believed to be the brother of the above casualty.