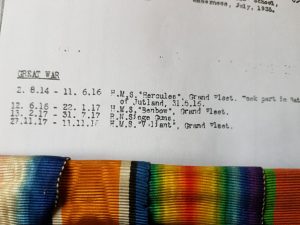 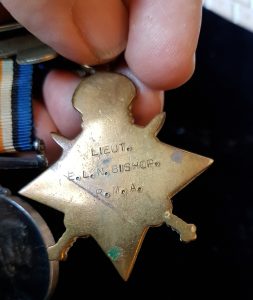 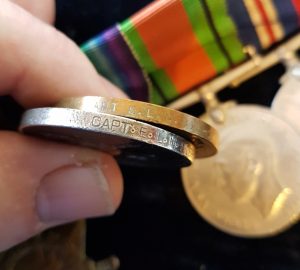 He served on HMS King George V 1912 to 1913 when he moved to HMS Hercules, where he took part in the Battle of Jutland. 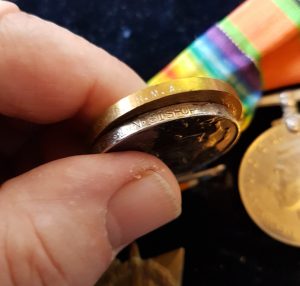 He served on HMS Benbow later in WW1. He then served for 5 months in 1917 with RN Siege Guns before serving in the Grand Fleet on HMS Valiant. His BWM and Victory Pair was awarded whilst serving on the Emperor of India. He continue to rise through the ranks and is a Lieutenant-Colonel on the medal roll for the Jubilee Medal. The family was very military, the father was a Marines Captain, and a brother also served in the Royal Marines. A simple google search will turn up numerous references to The Nepean Bishops. His papers are on-line and copies will accompany this group.