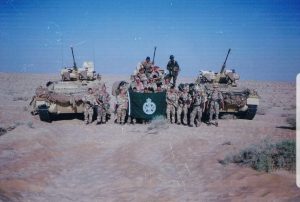 Steve Burbidge, from Streatham, Surrey, joined the Royal Green Jackets in 1985 and served 15 years, leaving in 2000.

His Gulf Medal is one of only 79 issued to the Royal Green Jackets. His Anti-Tank Platoon was attached to the Staffordshire Regiment. 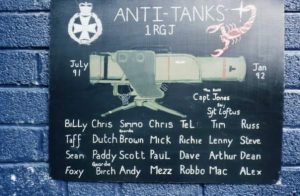 Court mounted as worn. These are his original medals.

Images shown were supplied by Steve and cover both service in Northern Ireland and the Gulf.