1961. R. HAFNER. “FOR HIS OUTSTANDING WORK IN THE DESIGN AND DEVELOPMENT OF ROTARY WING AIRCRAFT

Royal Aeronautical Society Silver Medal issued to RAOUL HAFNER in 1961. The citation is engraved around the rim of the medal, as can be seen in the images below, “1961. R. HAFNER. “FOR HIS OUTSTANDING WORK IN THE DESIGN AND DEVELOPMENT OF ROTARY WING AIRCRAFT” .

The 1961 Recipient for the Silver Medal Raoul Hafner, (1905–1980) FEng, FRAes, was an Austrian-born British helicopter pioneer and engineer. He was a pioneer of rotating wing aircraft design, and died as a result of a yachting accident. He made a distinctive contribution to the British aerospace industry, particularly in the development of helicopters.
Born in 1905, he was educated in Vienna, first at the university and then at technical college where he became interested in rotary-wing concept as a means of making aircraft land more slowly and safely. He obtained a post with the Austrian Air Traffic Company, but his heart was in helicopter design. He gave up his job to concentrate on helicopters, designing and building the Hafner Nagler R.I Revoplane in 1929 in collaboration with Bruno Nagler, then the similar Hafner Nagler R.II Revoplane in 1931. 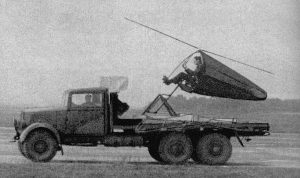 Hafner Nagler R.I Revoplane
The Scottish cotton millionaire Major Jack Coates, who had financed Hafner’s work in Vienna, had the R.II Revoplane shipped to Heston Aerodrome in 1933, and it made some tethered flights there. After hearing of the work of the Spanish aviation pioneer Juan de la Cierva in England, Hafner himself made contact with the Cierva Company and learned to fly its C.19 and C.30 autogyros. He parted company with Nagler, who had come from Austria with him, and then concentrated more on design of gyroplanes than helicopters. In 1934, his own company, the AR.III Construction (Hafner Gyroplane) Co, began to design the Hafner AR.III Gyroplane, first flown at Heston in 1935, and widely demonstrated afterward. It incorporated cyclic and collective pitch rotor controls actuated by independently varying the pitch of each blade rather than tilting the hub as in the Cierva system.

Hafner AR.III rotor head detail
In an ensuing controversy between proponents of the autogyro and the helicopter, Hafner made his views clear in a Royal Aeronautical Society lecture on 14 October 1937, when he advocated the rotating wing concept.
Second World War
From 1938 he was with Pobjoy-Short at Rochester, but in 1940 was interned as an enemy alien, being released when his naturalization came through. He then developed the Hafner Rotachute, a rotary parachute to be towed behind an aircraft, for landing agents in enemy territory; this was made and tested at the Airborne Forces Experimental Establishment development section at RAF Sherburn-in-Elmet. This was followed by the Rotabuggy, a rotor-equipped jeep. Neither project progressed past testing. 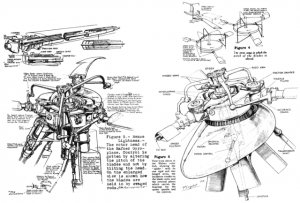 Post War
After the war Hafner and some of his technical team joined the Bristol Aeroplane Company. He became their Chief Designer (Helicopters). The four/five seater Type 171 went into Royal Air Force service as the Sycamore and won several export orders. Subsequently a much larger tandem-rotor helicopter, the Type 173, was developed and from it the Type 192 which as the “Belvedere” (named after the Belvedere Palace in Vienna next to Hafner’s childhood home, which inspired the tandem concept) saw service in RAF squadrons in Britain and overseas. 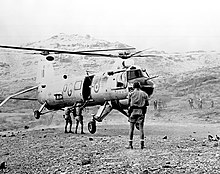 Bristol Sycamore (OE-XSY) of the Flying Bulls departs the 2018 RIAT, England. Designed by Raoul Hafner and built in 1957.
Hafner, however, was more interested in the civil than the military applications of the helicopter, and this long-term ambition was to see the convertible rotor concept – on which he had begun work in 1950 – accepted. One of the helicopters being developed at Bristol was the tandem-rotor Type 194, designed to carry 52 passengers, but work on this ended when all British helicopter activities were brought together under Westland Aircraft in 1960.
Hafner was appointed technical director, holding this position until his retirement in 1970, and thereafter continuing in a consultative capacity. During his decade with Westland he further propounded his convertible rotor ideas, as a means of increasing the helicopters range and speed by tilting its rotors for forward flight.
He presented several papers to the Royal Aeronautical Society, and when in 1977 he was interviewed by its journal ‘Aerospace’ and asked about his interests outside aviation he remarked – with what was sad irony – that he had “taken a great interest in sailing”. He applied his knowledge of aerodynamics to sailing ship design.
Personal
He married, in 1936, Eileen McAdam of the macadam road-building family descended from John Loudon McAdam, and they had one daughter, the actress Ingrid Hafner. (ackn: Wikipedia)