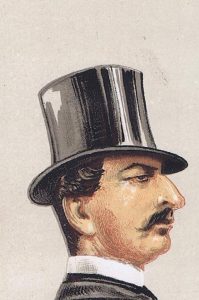 Known as Count Francis von Hohenstein until 1863, was a member of the German nobility, and later of the British Royal Family by marriage. He was the father of Queen Mary, the wife of King George V, and therefore a great-grandfather of the present queen. Francis held the titles of Count of Hohenstein (Graf von Hohenstein), Prince (Fürst) and later Duke of Teck (Herzog von Teck), and was granted the style of Serene Highness in 1863. He was granted the British style of Highness in 1887.