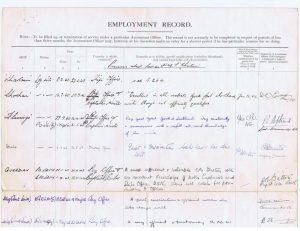 Documents Lost when HMS Khartoum was sunk in 1940 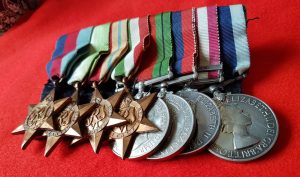 A very interesting group of 8 medals to a Senior Petty Officer / Commissioned Ship’s Writer who saw very active World War 2 service in the Mediterranean Fleet. This super lot comes with surviving original papers and photographs documenting his service. His first Service Record was lost on the sinking of HMS Khartoum, on which he served from 8th February 1940 until its sinking 23rd June 1940. He then saw prolonged action whilst serving on HMS Flamingo during the Siege of Tobruk. In fact with this lot is a letter from him to the Admiralty which is an application for the award of the 8 Clasp for his Africa Star.

His employment record and other documents confirm, amongst others, that he served on: 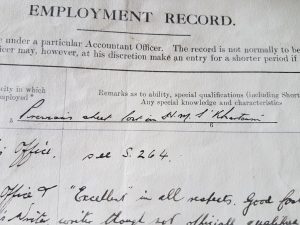 Postcard of HMS Khartoum with note on reverse,

It is of note that his address, on the above mentioned letter of his claim for the 8 clasp written in 1976, was H.M. Coastguard H.Q. Old Fort Road, Shoreham, Sussex indicating his employment with the Coastguard in 1976 when he would be aged 56 years.