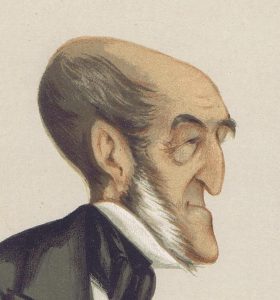 Original Lithograph with the caption at the bottom of the print: French Free Trade

He was a French engineer, statesman, economist and free market liberal. He was born in Limoges, Haute-Vienne, Chevalier studied at the École Polytechnique, obtaining an engineering degree at the Paris École des mines in 1829. In 1830, after the July Revolution, he became a Saint-Simonian, and edited their paper Le Globe. The paper was banned in 1832, when the “Simonian sect” was found to be prejudicial to the social order, and Chevalier, as its editor, was sentenced to six months imprisonment.