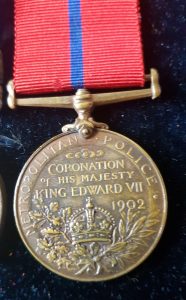 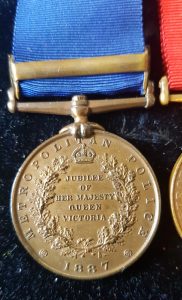 Left 20/11/1903 and served in K Division throughout his career. His father was Joseph Parkin who served in the Scots Fusilier Guards and whose Crimea Medal pair is also on sale on this site. Alfred married Elizabeth Argent at Ilford in May 1890. He was a 31 year old Policeman when he married. He died of TB at Barking in 1904.