He Swam The Channel 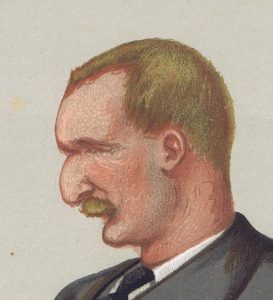 Original Lithograph with the caption at the bottom of the print: Swam the Channel

He was the first recorded person to swim the English Channel for sport without the use of artificial aids. Whilst serving as second mate on the Cunard Line ship Russia, travelling from New York to Liverpool, he attempted to rescue a man overboard by diving into the sea in the mid-Atlantic. The man was never found, but Webb’s daring won him an award of £100 and the first Stanhope Medal, and made him a hero of the British press. In the summer of 1863, while at home, he rescued his 12-year-old brother Thomas from drowning in the Severn near Ironbridge On 25 August 1875, Webb swam from Dover to Calais in less than 22 hours. His final stunt was to be a dangerous swim through the Whirlpool Rapids on the Niagara River below Niagara Falls, a feat many observers considered suicidal. Although Webb failed in an attempt at raising interest in funding the event, on 24 July 1883, he jumped into the river from a small boat located near the Niagara Falls Suspension Bridge and began his swim. Accounts of the time indicate that in all likelihood Webb successfully survived the first part of the swim, but died in the section of the river located near the entrance to the whirlpool. Webb was interred in Oakwood Cemetery, Niagara Falls, New York. (wikipedia)