His business became Cable and Wireless 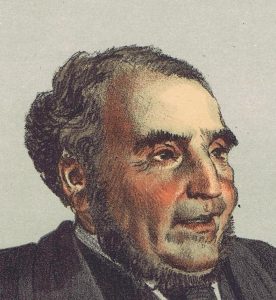 Original Lithograph with the caption at the bottom of the print: Telegraphs

In London 1866, John Pender was the leading financier/director and Chairman of the Companies involved who, with his colleagues, undertook the first successful laying of the transatlantic cable from Valentia Island off the coast of Ireland to Heart’s Content, Newfoundland and Labrador. This cable was the most successful and commercially viable of all the transatlantic cables and was 100% British financed, unlike the previous transatlantic cable-laying attempts, which had had some financial backing from American Investors. The Anglo-American Telegraph Company (formerly the Atlantic Telegraph Company) and The Gutta-percha Company and Glass, Elliott (Greenwich, London) merged into the Telegraph Construction and Maintenance Company ‘Telcon’ (which was taken over decades later by British Insulated Callender’s Cables), and laid the first successful cable in 1866 and ended up manufacturing and laying all of Eastern Telegraph’s cables and most of the submarine telegraph cables of the rest of the world.