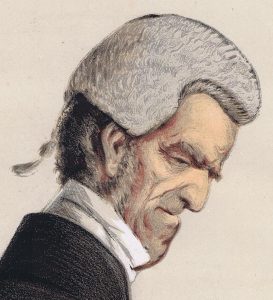 Fellow of the Royal Society

Original Lithograph with the caption at the bottom of the print: La Reyne Le Veult

Shaw-Lefevre was the son of Charles Shaw-Lefevre by his wife Helen, daughter of John Lefevre. Charles Shaw-Lefevre, 1st Viscount Eversley, was his elder brother. He was educated at Trinity College, Cambridge, where he was Senior Wrangler in 1818, and was called to the Bar, Inner Temple. He was elected a Fellow of the Royal Society in 1820. He was returned to Parliament for Petersfield in December 1832, but was unseated on petition in March 1833. He served under Lord Grey as Under-Secretary of State for War and the Colonies in 1834. The latter year Shaw-Lefevre was appointed a Poor Law Commissioner after the passing of the Poor Law Amendment Act, which he remained until 1841. Between 1856 and 1875 he served as Clerk of the Parliaments. He also helped found the University of London and served as its Vice-Chancellor for many years. He was made a KCB in 1857 for his public services. Shaw-Lefevre married Rachel Emily, daughter of Ichabod Wright, in 1824. They had one surviving son, George, who became a prominent politician and was ennobled as Baron Eversley, and five daughters. One daughter, Madeleine Shaw-Lefevre, was the first Principal of Somerville Hall; another daughter, Rachel, married Arthur Hamilton-Gordon, son of the Prime Minister the 4th Earl of Aberdeen. Shaw-Lefevre died in August 1879, aged 82. His wife lived for six more years before dying in February 1885. The Lefevre Peninsula in South Australia, was named by Governor John Hindmarsh on 3 June 1837 after Shaw-Lefevre, who was one of South Australia’s Colonisation Commissioners