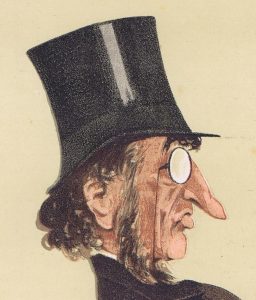 John Francis Maguire (1815 – died 1 November 1872) was an Irish writer and politician. He was elected as Member of Parliament (MP) for Dungarvan in 1852. He was subsequently an MP for Cork City, serving between 1865 and his death in 1872. He wrote for his Newspaper, the Cork Examiner and wrote several books, including “The Irish in America” in 1867. He actively supported the Liberal Party’s legislation on the disestablishment of the Church as well as the land question. Then in 1870, John Maguire joined the Home Rule party for Ireland.

Maguire’s book “The Irish in America” covered such topics as their views towards slavery, the troubles they found once arriving in America, the overcrowding of immigrants within the large cities and the poverty they became accustomed to. There were other parts of this book that weren’t directly related to those subjects, but that of the actual passage and perils on the seas that those travelling experienced. He was interested in explicitly educating his Irish readership, bringing attention to the reasons for committing crime, and pointing out some of the positive traits the Irish brought with them, such as a love for life, a strong sense of loyalty, and a strong work ethic. He also had a sincere concern with the drinking problem among the Irish.

Original Lithograph with the caption at the bottom of the print: A Home Ruler