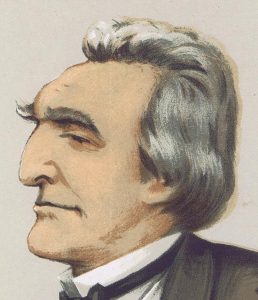 Original Lithograph of The Rt. Hon. Sir  with the caption at the bottom of the print: The Retired List

Dalrymple-Hay entered the Royal Navy in 1834. During his naval career he was involved in the Sixth Xhosa War in South Africa and the Oriental Crisis in Syria, being present when Beirut and St Jean d’Acre fell. He was also concerned with successful operations against Chinese pirates in the 1840s. He commanded HMS Victory from 1854 and then commanded HMS Hannibal during the Crimean War and was decorated by the British and Turkish governments. He was promoted to captain in 1850 and commanded HMS Indus from 1856. He was promoted to rear admiral in 1866, before retiring as an admiral in March 1878. He was Fourth Naval Lord from 1866 to 1868.

Following the succession of King Edward VII, he was among several retired admirals advanced to Knight Grand Cross of the Order of the Bath (GCB) in the 1902 Coronation Honours list published on 26 June 1902, and received the insignia in an investiture on board the royal yacht Victoria and Albert outside Cowes on 15 August 1902, the day before the fleet review held there to mark the coronation.