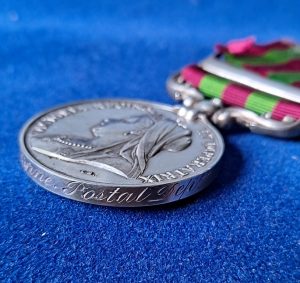 “This medal was awarded, it is surmised, for having got the mail through during difficult times, for they coincide with frontier uprisings during the late 19th
century. No wonder Rudyard Kipling eulogised the Indian Postal Service and its dak runners, carrying their vital letters through near impossible conditions, on foot.”