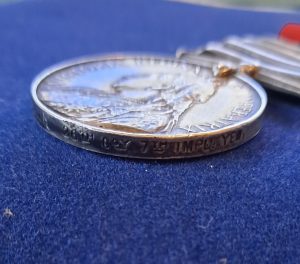 McKean was born in Sutton Coldfield and was a 20 year old when he attested in 1900. He joined in Weymouth, Dorset.

His Medal Index Card confirms his Great War service and BWM as a Captain, Rifle Brigade, 24th London Regiment, entering India 1915. His addresses given as Ladbroke Grove, London and in Pollymead, Bath.