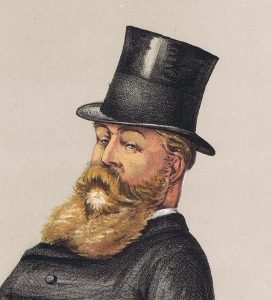 First Lord of the Admiralty, Secretary of State for War, Chancellor of the Exchequer, Home Secretary,

(25 June 1827 – 29 January 1896) was a British Liberal statesman of the nineteenth century. He is perhaps best known for his reform efforts at the Admiralty and the War Office. Later in his career, as Chancellor of the Exchequer, his attempt to correct a budget shortfall led to the fall of the Liberal government led by William Ewart Gladstone.

When the Liberals regained power in 1880, Childers was appointed Secretary for War, a position he accepted reluctantly. He therefore had to bear responsibility for cuts in arms expenditure, a policy that provoked controversy when Britain began fighting; first the Boers in South Africa in 1880 and then the invasion of Egypt in 1882. Childers was also very unpopular with Horse Guards for the reinforcement and expansion of the Cardwell reforms. On 1 May 1881 he passed General Order 41, which outlined a series of improvements known as the Childers reforms.

Original Lithograph of Hugh Culling Eardley Childers with the caption at the bottom of the print: A Returned Colonist,