12 Years Royal Navy then served in Australian Navy in the Great War taking part in Operations in German New Guinea. 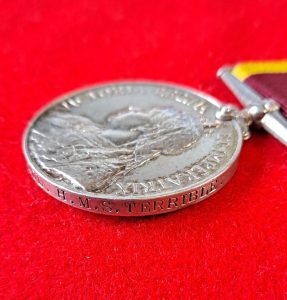 He joined HMS Terrible August 1900 and served on her until July 1902. His entitlement to the medal is confirmed on the medal roll. 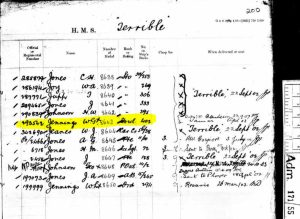 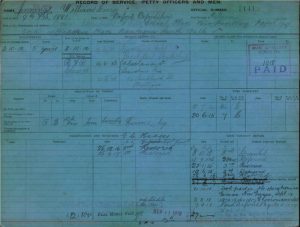 Having joined the Royal Fleet Reserve on completion of his first 12 years he then transferred to the Australian Navy, service number 7141. Notably his papers reveal that he took part in operation in German New Guinea.