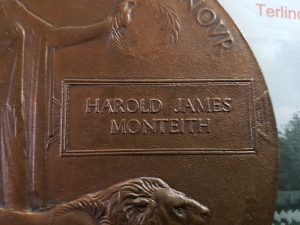 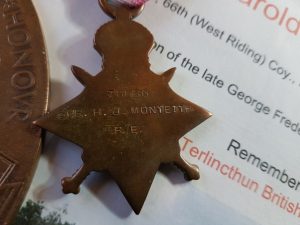 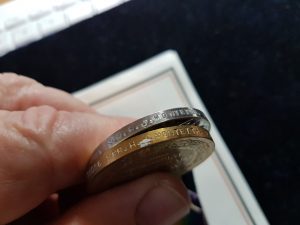 Son of the late George Frederick and Elizabeth Monteith of Liverpool.

He is Remembered with Honour at Terlincthun British Cemetery, Wimille.

from the superb CWGC website please see the following information.

Terlincthun British Cemetery is situated on the northern outskirts of Boulogne.

The first rest camps for Commonwealth forces were established near Terlincthun in August 1914 and during the whole of the First World War, Boulogne and Wimereux housed numerous hospitals and other medical establishments. The cemetery at Terlincthun was begun in June 1918 when the space available for service burials in the civil cemeteries of Boulogne and Wimereux was exhausted. It was used chiefly for burials from the base hospitals, but Plot IV Row C contains the graves of 46 RAF personnel killed at Marquise in September 1918 in a bombing raid by German aircraft. In July 1920, the cemetery contained more than 3,300 burials, but for many years Terlincthun remained an ‘open’ cemetery and graves continued to be brought into it from isolated sites and other burials grounds throughout France where maintenance could not be assured. During the Second World War, there was heavy fighting in the area in 1940. Wimille was devastated when, from 22 – 25 May, the garrison at Boulogne fought a spirited delaying action covering the withdrawal to Dunkirk. There was some fighting in Wimille again in 1944. The cemetery suffered considerable damage both from the shelling in 1940 and during the German occupation.

The cemetery now contains 4,378 Commonwealth burials of the First World War and more than 200 war graves of other nationalities, most of them German. Second World War burials number 149. The cemetery was designed by Sir Herbert Baker.