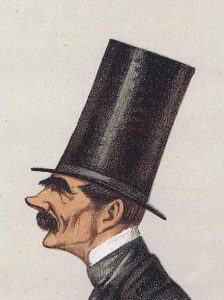 During the Crimean war he was placed in charge of the British establishments in Turkey, from the Bosphorus to Smyrna, and received the local rank of major-general on 23 Nov. 1855. He superintended the final withdrawal of the British from Turkey at the end of the war; and was then employed at the war office as secretary for military correspondence from 1857 to 1859. He obtained one of the rewards for distinguished service on 25 Sept. 1856, and was made K.C.B. on 2 Jan. 1857. On 2 Feb. 1859 he was appointed high commissioner of the Ionian Islands, and was the last man to hold that office. In response to a unanimous vote of an Ionian parliament specially summoned, the British protectorate was resigned by treaty on 14 Nov. 1863, the islands were neutralised, and united themselves with Greece. Shortly before this Storks had found it necessary to make some changes in the judicial bench, in consequence of complaints made against the two Ionian judges. Their two English colleagues took their part, and some acrimonious correspondence followed, but Storks’s action was upheld by the colonial office. He received the G.C.M.G. in 1860, and was promoted major-general on 12 Nov. 1862. On 1 July 1864 he received the G.C.B.

Original Lithograph of Sir H.K. Storks with the caption at the bottom of the print: He Is A Living Paradox; no one is less subject to control, no one a greater slave of control.