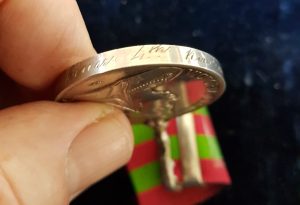 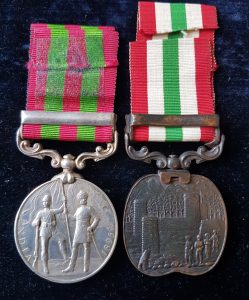 with Jummoo and Kashmir Medal – unnamed as issued. 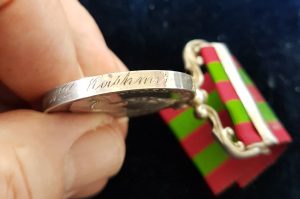 Jummoo and Kashmir Medal – The Jummoo And Kashmir Medal was a campaign medal presented for service during the Defence of Chitral 1895 and its subsequent relief. The medal was ‘instituted’ in the same year and was awarded by the Maharajah of Jummoo and Kashmir to both his native troops, and a force of approximately 400 British soldiers who fought against the Afghan’s led by Umra Khan and Sher Afzul. 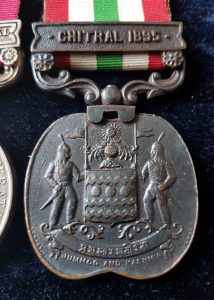 The medal was produced in London by Gurney and Son and was always issued with a clasp; ‘CHITRAL 1895’, which has the makers mark; ‘GURNEY LONDON’ on the reverse, see images. 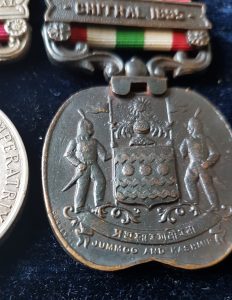 Naming of the India Medal is officially engraved in script as can be clearly seen in the attached images.