Casualty Medal Pair to a native of Aberdeen 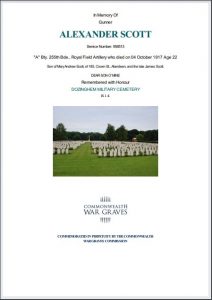 Medal Index Card confirms this medal pair and the he was renumbered from 1536 to 956513. He died serving with A Battery, 255th Brigade, Royal Field Artillery.