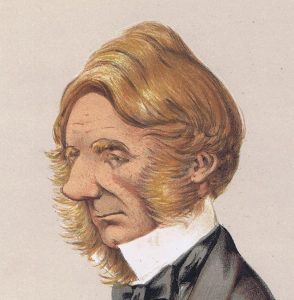 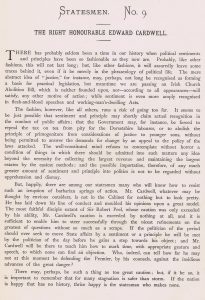 The Cardwell Reforms were a series of reforms of the British Army undertaken by Secretary of State for War Edward Cardwell between 1868 and 1874 with the support of Liberal prime minister William Ewart Gladstone. Gladstone paid little attention to military affairs but he was keen on efficiency. In 1870, he pushed through Parliament major changes in Army organisation. Germany’s stunning triumph over France in the Franco-Prussian War proved that the Prussian system of professional soldiers with up-to-date weapons was far superior to the traditional system of gentlemen-soldiers that Britain used. The Reforms were not radical; they had been brewing for years and Gladstone seized the moment to enact them. The goal was to centralise the power of the War Office, abolish purchase of officers’ commissions, and create reserve forces stationed in Britain by establishing short terms of service for enlisted men.

Rt. Hon. Edward Cardwell Vanity Fair Print . Original Lithograph with the caption at the bottom of the print:

“If The State Is Happy that has no history, thrice happy is the Statesman who makes none”