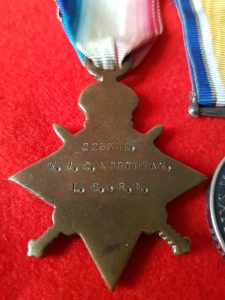 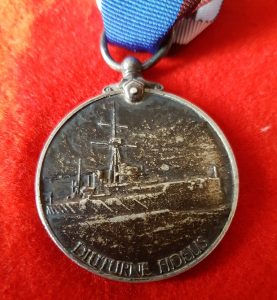 William John Chillecombe Northway was born 27th July 1887 in Brixham, South Devon. He was a Fisherman when he joined the Royal Navy as a Boy 2nd Class on the 27th July 1905. He served as a Leading Seaman during the Great War and his papers show that he was on the crew of or listed at HMS St George, Victory II, Vivid, HMS Diligence (Sept 1916 – Sept 1918) and HMS Leander.

Baptised at All Saints, Brixham, he married Florence L Easton at Kingsbridge, South Devon in 1920.