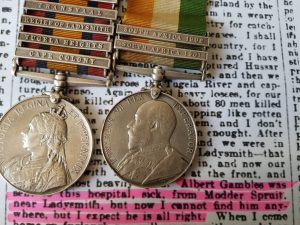 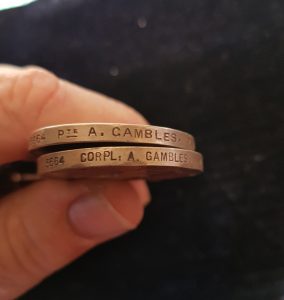 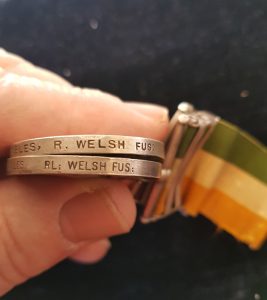 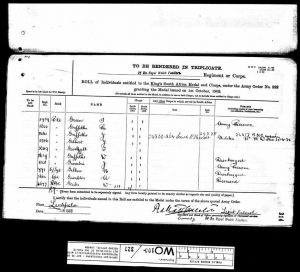 Albert Gambles is referred to in an intriguing comment in The Weekly Standard and Express, June 16th 1900. In an article about a fellow Royal Welsh Fusilier from Rishton the soldier is quoted as saying “Albert Gambles was sent to this hospital, sick, from Modder Spruit, near Ladysmith, but now I cannot find him anywhere, but I expect he is all right…”  It was believed by family members that Albert Gambles had been murdered as the result of a card game in South Africa. His father, as noted on his service papers, was John Thomas Gambles of 86 Spring Street, Rishton, Lancashire.