Doctor of Medicine in Hoddesdon, Hertfordshire.

William Howard Sturge was born in Bristol in 1864. On the 1911 Census he is registered as Doctor of Medicine in Hoddesdon, Hertfordshire. 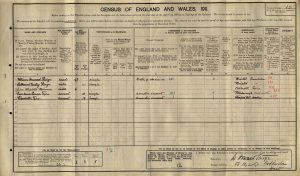 This medal is confirmed on the KSA medal roll. He is also entitled to a Queen’s South Africa Medal with Cape Colony, Orange Free State, Transvaal and Natal clasps. He was a Civil Surgeon attached to 17th Stationary Hospital R.A.M.C. (Royal Army Medical Corps).

His Doctor’s Surgery in 1929 was Rathmore House. It was built 1746 and was known as the Doctor’s House.

He died 1934 as the result of a motor accident on April 23rd. His obituary confirms such facts as his qualifying at London Hospital. His service as house physician and house surgeon at Brompton Chest Hospital. 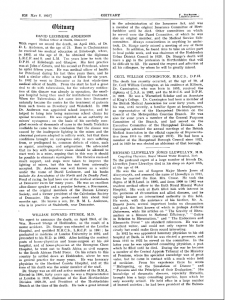 His service in South Africa for the South African Field Force. He was, for many years, in general practice at Hoddesdon and was also Honorary Physician to Hertford County Hospital and he was senior member of staff at the time of his death.

He was an active and senior member of the British Medical Association (BMA). He was also Chairman of Hoddesdon Urban District Council.

Slight edge knock as can be seen from the images.