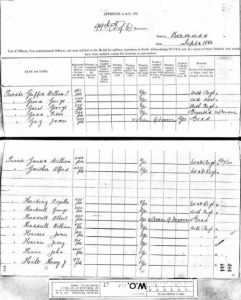 This super Zulu Medal named to:

With copy papers – William Haddrell was a 19 year old labourer from Calne, Wiltshire, when he attested into the 99th Foot, in January 1878. He served for nearly 6 years and spent time in South Africa twice, Bermuda and India. His papers reveal that he re-enlisted in 1900.

As part of the Cardwell Reforms of the 1870s, where single-battalion regiments were linked together to share a single depot and recruiting district in the United Kingdom, the 99th was linked with the 62nd (Wiltshire) Regiment of Foot, and assigned to district no. 38 at Le Marchant Barracks in Devizes. Hence the connection between him, Haddrell, being borne in Calne Wiltshire and the Lanarkshires.

Assigned to Lord Chelmsford’s column, they 99th Foot marched to the relief of British forces under Colonel Charles Pearson besieged by the Zulu impis. At the Battle of Gingindlovu, the 99th helped defeat a Zulu impis which tried to overrun the British while laagered.

Free Postage Within the UK by Special Delivery. Overseas buyers are requested to agree shipping method and costs before buying.